Euromoney: LHV is the best bank in Estonia

The international business magazine Euromoney declared LHV the best bank in Estonia. It was the first time for LHV to earn this title from Euromoney.

The world’s leading business magazine’s awards were announced yesterday on 11 July in London at the Awards for Excellence 2018 gala. LHV owed its success in this year’s competition to the bank’s fast growth and innovation in the area of both the daily banking services as well as the provision of investment services. LHV’s expansion to servicing the fintech companies of the United Kingdom was recognised.

According to Erki Kilu, Chairman of the Management Board of LHV Pank, the banking awards of Euromoney are among the most prestigious in the financial sector. “Estonian banks are world leaders in the field of digital banking. I am glad that this year LHV was recognised. It is our principle to be on the front lines of financial innovation to be providing convenient and simple services, and Euromoney’s best bank title is a great recognition to our dedicated work.”

The world’s best bank award was received by Bank of America this year. The best bank in Western Europe was Banco Santander, and in Eastern Europe, OTP Group. In their award process, Euromoney compares the bank’s financial results, growth figures and development activities of the past 12 months. The business magazine Euromoney issues their Awards of Excellence to banks already from 1992 and it is the oldest and most prestigious award in the financial sector.

Euromoney wrote about LHV in April 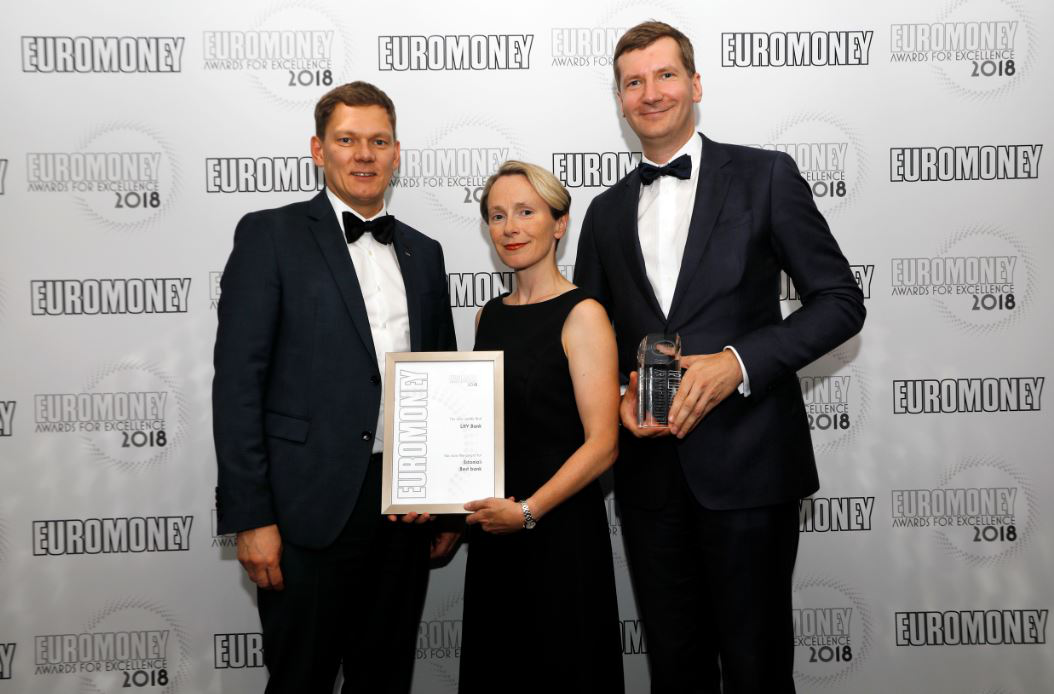