The UK Financial Conduct Authority has granted LHV Bank approval to open a branch in the United Kingdom. LHV plans to register a branch in the coming weeks and start operating in London in March.

As the next step, LHV Bank will register the branch in the United Kingdom Companies House. The Estonian Financial Supervisory Authority approved the establishing of the UK branch at the end of last year.

LHV Bank will open the branch in London in order to develop the bank’s financial service providers business line. Existence of the UK branch will allow LHV Bank to join Pound Payments Systems and provide financial intermediaries with real-time payments service in both euros and pounds. The role of LHV is to be the link between new generation fintech services and banking infrastructure.

According to Erki Kilu, CEO of LHV Bank, servicing financial service providers has already evolved into an important part of the bank’s business. “We are an influencer bank, we strive to contribute to the development of financial services. During the last six years, we have seen a rapid growth in the volume of payment services and more growth can be predicted, taking into account the impact of the European Payment Services Directive (PSD2), which entered into force this year, on the financial sector. In order to offer new solutions the financial intermediaries need banking services; that means us,” Kilu commented.

LHV Bank is already a direct member of the Euro Payments System and is also participating in the instant payments System working group. LHV intends to open necessary accounts in the Bank of England and join the Pound Payments Systems at the earliest opportunity. LHV plans to start servicing financial intermediaries in London by the end of this year.
“London has become one of the most important financial centres in which financial technology companies from both Europe and the rest of the world are represented. We already have a number of substantial and well-known international payment intermediaries as our clients and more will accrue in the future. We could also provide our payment services to banks, credit intermediaries and other companies," said Erki Kilu.

The UK branch will be managed by Andres Kitter, who serves as a member of the Management Board of LHV Bank and has so far overseen the servicing of financial service providers. “We are in the middle of recruiting suitable people for the London office and our aim is to open our London office in the middle of March. In addition to the branch manager, LHV will recruit customer service specialists and new employees covering compliance and money laundering prevention. We have already extended our software development team in Tallinn,” said Andres Kitter.

LHV intends to start generating additional income with the new branch in the end of 2018, after the UK branch is established and joining of the Pound Payments System has taken place. A greater increase in revenue has been planned for following years, after which the branch should become profitable. In 2018, the planned costs will mainly contain payment system accession costs and costs of developing the IT infrastructure.

LHV will celebrate the opening of its’ UK branch in London on 19 March with a reception and panel discussion, themed “Will global cities prevail over countries?”, as a part of the Innovate Finance Global Summit. 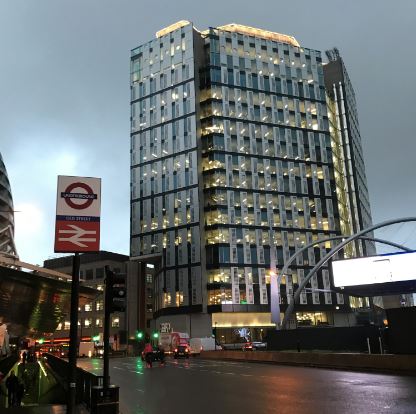